FREE Ho'oponopono Conference 2021: TOGETHER WE WILL DO IT / Sign Up to Receive the FREE Video Replay!

Zero Frequency® is my own philosophy for returning to your authentic power and creating a state of peace, limitless, and abundance. It evolved from my work with Ho’oponopono – the ancient Hawaiian art of problem-solving.

For twelve life-changing years, I lived with Dr. Ihaleakalá, who was a student of Morrnah Nalamaku Simeona, the original creator of Self Identity through Ho’oponopono.

Self I-dentity through Ho’oponopono allows us to reclaim our personal inner connection with Love, our Divine Source, resulting in Peace, Harmony and Freedom. Morrnah’s updated version of this ancient Hawaiian philosophy of problem solving was left to mankind as a gift to be shared and practiced.

Before Morrnah’s updated version, the ancient form of Ho’oponopono meant that the whole family had to be present. Nobody could be absent. There was a moderator and each member had the chance to ask forgiveness from the others. You see, nowadays families don’t live close or together as they once did. To reunite the whole family and put them all in a room at the same time would be very challenging.

Ihaleakalá updated the Self I-dentity through Ho’oponopono to make it even easier and more applicable in modern times. The new process became individualized so that it could be practiced alone.

I took my first training with Ihaleakalá in July of 1997 in Omaha, Nebraska. This is when I invited him to come to Los Angeles. I coordinated (sponsored) Self-Identity through Ho’oponopono (SITH) for the first time in January of 1998. At that time I was still practicing and attending other seminars. It was not until around the middle of 1999, after taking several SITH trainings and coordinating a lot of other events for Ihaleakalá in California and Argentina, that I realized I had found what I was looking for and decided to ride one horse.

Throughout the twelve years I lived with Ihaleakalá, he shared with me the many cleaning tools that would appear to him during consultations, trainings, meditations and long walks.

I traveled with Ihaleakalá to Amsterdam, Brussels, France, England and many other countries. At the first Ho’oponopono training in Ireland, I presented with Mary Koehler (Master Coordinator now of IZI LLC). We then continued to present trainings in Mt. Shasta, San Diego, Los Angeles, San Francisco and Buenos Aires, Argentina.

By the time Ihaleakalá decided to retire (yes, he had retired at one point and California was the last center he let go sometime in 2002) I felt in my heart, for the first time, that I could teach Ho’oponopono.

I asked the Foundation of I, Inc. (Freedom of the Cosmos) and they decided to meditate on it – since the secrets of Ho’oponopono are not rational, but “acquired” by those who live with them – until finally they gave me their blessing.

Well, the rest is a long story, one I will share with you on another occasion. So, after many years of having a double career, in November of 2008 I decided to leave my very stable career as a tax accountant in Los Angeles, not because I had savings or was debt free – the reality was the opposite.

Yet as always, every time I made illogical, nonsense decisions, I always get the most amazing results. Now I am debt free and travel the world teaching Ho’oponopono in a very practical and down to earth way.

Ho’oponopono works for everybody! And can change your life professionally and personally. I am a living testimony that the results are guaranteed. 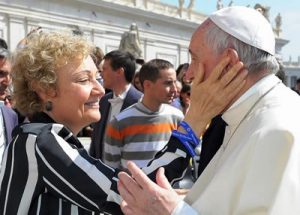 Interview with Mabel Katz, Public Peace Prize Laureate as Peace Weaver. Your work for peace has been acknowledged by the respectable Order of the Orthodox Knights Hospitaller of St. John – Russian Grand Proiry. 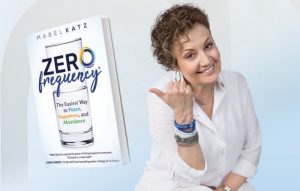 Finding Freedom in a Pandemic

I understand if you believe that freedom in a pandemic is an absurd idea. The times we are living in are unprecedented for our generation. You may also find yourself out of work, or that you can’t leave your house, or you’re ill, or perhaps someone close to you. At Zero is where the real magic begins. We all know that if we use the Ho’oponopono cleaning tools “thank you” and “I love you” we can reach zero. How can we be more at zero? Are there tactics to be consistently conscious? Transform Your Life Through Zero Frequency

Simply put, Zero Frequency® is a philosophy for returning to your authentic power and creating a state of peace, limitless, and abundance. It’s a state of Being where inspiration becomes your
source for all of life’s big and small decisions. At Zero, you simply are! Content, complete, and happy.